Nelson…a day of connection. We began walking around the town and soon made friends everywhere.

Ewan (short for McEwan) from The Buzz coffee stand was more helpful than our trip to the Nelson iSite information booth. He gave us great ideas of where to stay and what to do at Golden Bay. 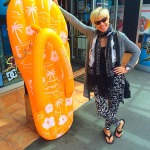 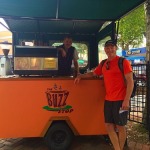 Ruth and Eve enjoyed Blake and Kellen playing on the community piano on Trafalgar Street. They asked them “please play more.” 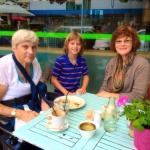 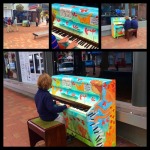 We met Rosemary at the Cathedral and she entertained us with stories of hosting an exchange student, who became a second daughter and called her Kiwi Mom. Rosemary is a delight! 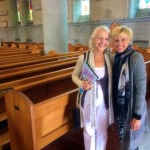 We visited the farmers market and met Damaris from Germany. She owns a great business called Little Squeeze. We had scrumptious yogurt ice cream blended with loads of real fruit. This is by far the best ice cream we have experienced on our trip. She is also at the Montgomery markets on Sunday’s. 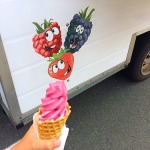 Walking to the Queens garden a women stopped us and asked “Are you the little boys that were playing the piano in front of the museum earlier today?”
“Yup!” And a new friend was made. Her beautiful name is Nyree and has a young kiddo named Ace. She graciously gave us great advice on what to do and see in the area.

We hiked up to the “Centre of New Zealand, I passed a woman walking down the mountain. I thought I saw on her t-shirt “Mount Everest” and went bounding after her to ask if she was from Mount Maunganui. (see Brett’s blog post “How to Climb Mount Everest Without Leaving the Beach from last month). Vicki is from there and had completed the Mount Everest Challenge! Whoooo hooo! Even though she was on her way down the hike when we met up, she turned around with us to walk to the top once again. She mentioned how much she enjoyed walking the Mount as a daily routine that now, as she is traveling, she is on the look out for walks that are similar so she can keep it up. Way to go Vicki! Such an inspiration!! Vicki was only 15 years old the last time she hiked to the “Centre of New Zealand” and has a photo of herself at the top. So we took another photo to commemorate her return. So happy to make such a wonderful new friend! 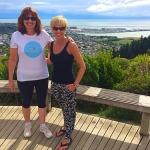 This vantage point to overlook Nelson is exquisite! What a wonderful, full of connection day! This is what our tour is all about. Meeting new people and connecting with them as we move and groove through life! 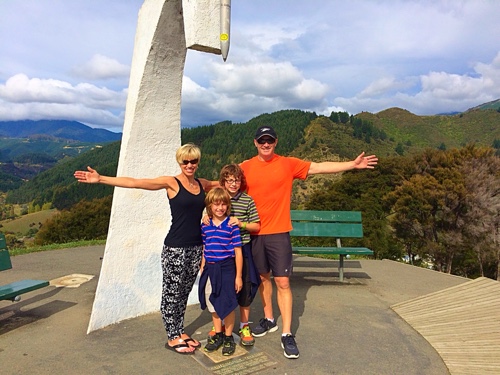 We have been to the most northern point of New Zealand earlier in our trip, we now have the center checked off and soon, we will be visiting the dramatic and beautiful most southern location.

Mom's the Bomb. www.StartWithHappy.com
» Destinations » Nelson New Zealand Connection Day Previous post:
4 Steps to the Perfect Surf Lesson Next Post:
Where To Next?!?